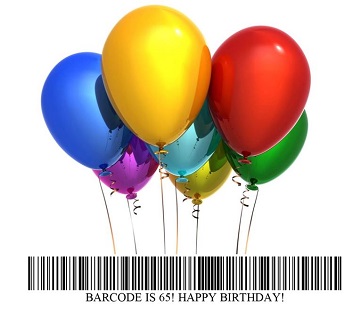 October 2017 marked the 65th anniversary of the barcode! In October of 1952, the first barcode concept, inspired by Morse Code, was officially documented and patented. If you are just starting your journey in the barcode world, here are some basics of  barcode technology and its history.

What is a barcode?

A conventional barcode, which is also often referred to as a linear barcode, is a symbol represented by a series of varying width parallel bars and spaces. Data is encoded into the width, height or position patterns. If you consider the barcode symbol from its value standpoint, the barcode must come with the appropriate software and hardware to have a real practical impact – increase the productivity, lower costs, etc. Therefore, we traditionally define the barcode as an automatic identification technology that allows real-time data to be accurately and rapidly collected.

How does a barcode work?

Explainthatstuff.com does a really great job of explaining the barcode concept: “A barcode is a really simple idea: give every item that you want to classify its own, unique number and then simply print the number on the item so an electronic scanning device can read it. We could simply print the number itself, but the trouble with decimal numbers is that they're easy to confuse (a misprinted eight could look like a three to a computer, while six is identical to nine if you turn it upside down—which could cause all sorts of chaos at the checkout if you scanned your cornflakes the wrong way up). What we really need is a completely reliable way of printing numbers so that they can be read very accurately at high speeds. That's the problem that barcodes solve.

A lot of products still carry a UPC barcode, but sometimes conventional linear barcodes can be quite long as manufacturers, retailers and service providers tend to have more and more data represented by the  present day barcodes. That is where two-dimensional barcodes come into play. 2D Barcodes, such as the Data Matrix, PDF417, and the QR Code, may have patterns of squares, dots, hexagons and other geometric patterns which solve the dilemma of more data in smaller spaces . While maintaining a small size, these barcode types hold more data than linear barcodes, as 2D barcodes can hold hundreds of characters. You can experiment generating different barcodes with your own data by using our free Barcode Generator – this will give you a good idea of how your own information can be represented with different barcodes.

How did this all start?

Necessity is the mother of invention. The main driver in the initial adoption of barcode technology was the retail industry, thanks to Wallace Flint, a Harvard business student and son of a Massachusetts grocery wholesaler.  In 1932, Wallace presented a paper on a system for automating checkout counters in supermarkets. His concept was based on the use of punch cards and flow racks, which would automatically dispense products to customers. This idea at the time was not economically feasible and as such, did not result in any practical use.

Later, in 1949 Joe Woodland and Bernie Silver documented their technical approach to automatically read prices of grocery items at the checkout stand. Their patent, issued in October of 1952, covered a two-dimensional linear code and circular bulls-eye printed pattern. However, at this time, technology and retail were not yet ready to fully adopt the concept. Serious attempts to develop the standard were started later, in 1968, by the major American electronics company known as RCA (Radio Corporation of America). RCA developed a bull’s eye symbol and a scanner that operated in a Cincinnati store in 1972 for 18 months.

In August 1970, major associations in the grocery manufacturing and food chain sectors formed the Grocery Industry Ad Hoc Committee on Universal Product Coding. The progress that had been made in science and technology in the previous decade aided the committee in selecting an industry standard symbol. On April 3, 1973 the UPC symbol, proposed by IBM to the committee and selected as the industry standard, is currently widely used in retail and other industries and is the most recognized barcode today. As bar codes became feasible and easy to use, many technology companies started creating their own barcode encoding methods and equipment that resulted in the growing number of barcode symbology. As a large number of symbologies have been developed over the year, this is important to understand their characteristics and select the right one for your business and operations. We have already discussed barcode symbology in our previous blog post and you are welcome to watch our On-demand Webinar on barcode symbologies.

When applied along with equipment for printing, reading, and evaluating, barcodes provide a tremendous value for businesses in retail, manufacturing, and are often vital in performing operations in today’s economy. Omron Microscan has historically been well recognized for its barcode technology, and throughout 35 years of the company’s existence we worked hard to make the technology faster, more cost-effective, and easier to use.

So, what is a barcode reader? A barcode reader often referred to as a barcode scanner is a hardware device that is used to extract the information encoded in the symbol and convert it into digital data recognized by the computer. The data can be used be directly transmitted to a computer connected to the reader, stored on a device for later processing or reside on the reader.

Barcode readers can be differentiated based on the technology used (laser scanners, imager-based, etc), design (handheld, stationary, etc), methods of connection (wireless, USB, etc). If you are new in the barcode field, our blog and an E-Book: Barcode Scanner or Imager. Which device is right for you? will provide you with the information on how a barcode scanner is different from a barcode imager and which device would best fit your needs.

Barcode quality is important – in the industries such as medical device manufacturing or pharmaceutical production, a barcode error or poor barcode quality might cost high fines to the business or might cost life of a patient.

Barcode verifiers are used to measure the quality of a 1D barcode or 2D symbol by comparing what the verifier sees to the physical characteristics of an ideal, high-quality code. This comparison is based on barcode quality parameters (expected barcode shape, skew, contrast, element size, and more). These parameters are regulated by barcode quality standards organizations (like ISO, GS1), and are intended to make sure that the barcode will be able to be read on the first attempt every time, regardless of what reader is used. A good verification system will ensure long-term readability and alert you of the specific defects in your code so that you can make adjustments to whatever operation (code creation, printing, marking, or handling) that may be causing code quality issues. Read our E-Book: Barcode Quality Basics to learn how technology can help you ensure 100% barcode quality. 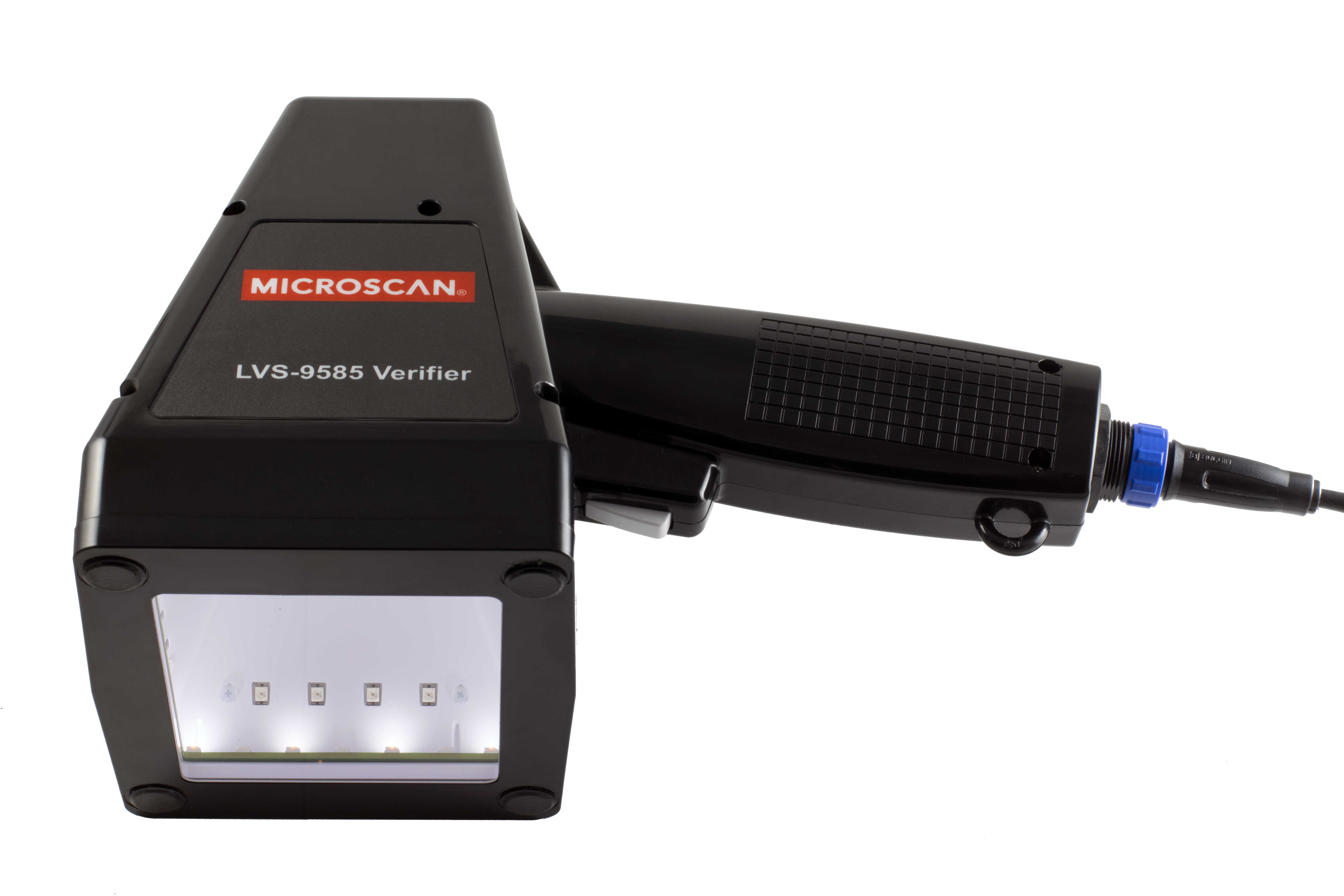 Omron Microscan shares the industry knowledge about automatic identification and barcode technology by covering various aspects in our weekly blog. Make sure to subscribe to our blog and receive our weekly posts here!